The Grandview Cinema & IMAX (Madison, MS), Gonzales Cinema (Gonzales, LA), Jonesboro Towne Cinema (Jonesboro, AR), Rogers Towne Cinema Grill (Rogers, AR) and Razorback Cinema Grill & IMAX (Fayetteville, AR) theatres will take the total number of reopened Malco locations to eleven.  Additional locations will open as part of Phase 3 in early July and the goal is for the full circuit to be operational by July 24. All locations have been closed since mid-March due to the Covid-19 pandemic.

Malco’s reopening protocols can be viewed at here.

Current plans are to offer a lineup of perennial fan favorite classics like The Goonies, Raiders of the Lost Ark, Grease, Jaws, Ferris Bueller’s Day Off, Madagascar and Back to the Future, along with a mix of pre-Covid releases such as Trolls: World Tour, I Still Believe and The Invisible Man.  Starting June 26, Steve Carrell’s new film

Online advance tickets for June 26 through July 4 will be available starting June 24, 2020 via Malco.com, the Malco app, Fandango and Atom Tickets. 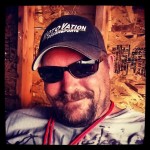