The Rush-Gates House is considered to be one of the most haunted places in Arkansas. Residents claimed that those who were brought to Dr. Rush’s office for medical attention haunted the house.

Dear Darla is rumored to be the ghost of Darla Johnson who was murdered near the Monte Ne ruins. People claim to see her in the hotel windows and running down the side of the road but she is best known for asking people for rides home. 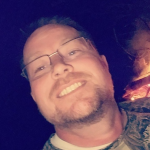